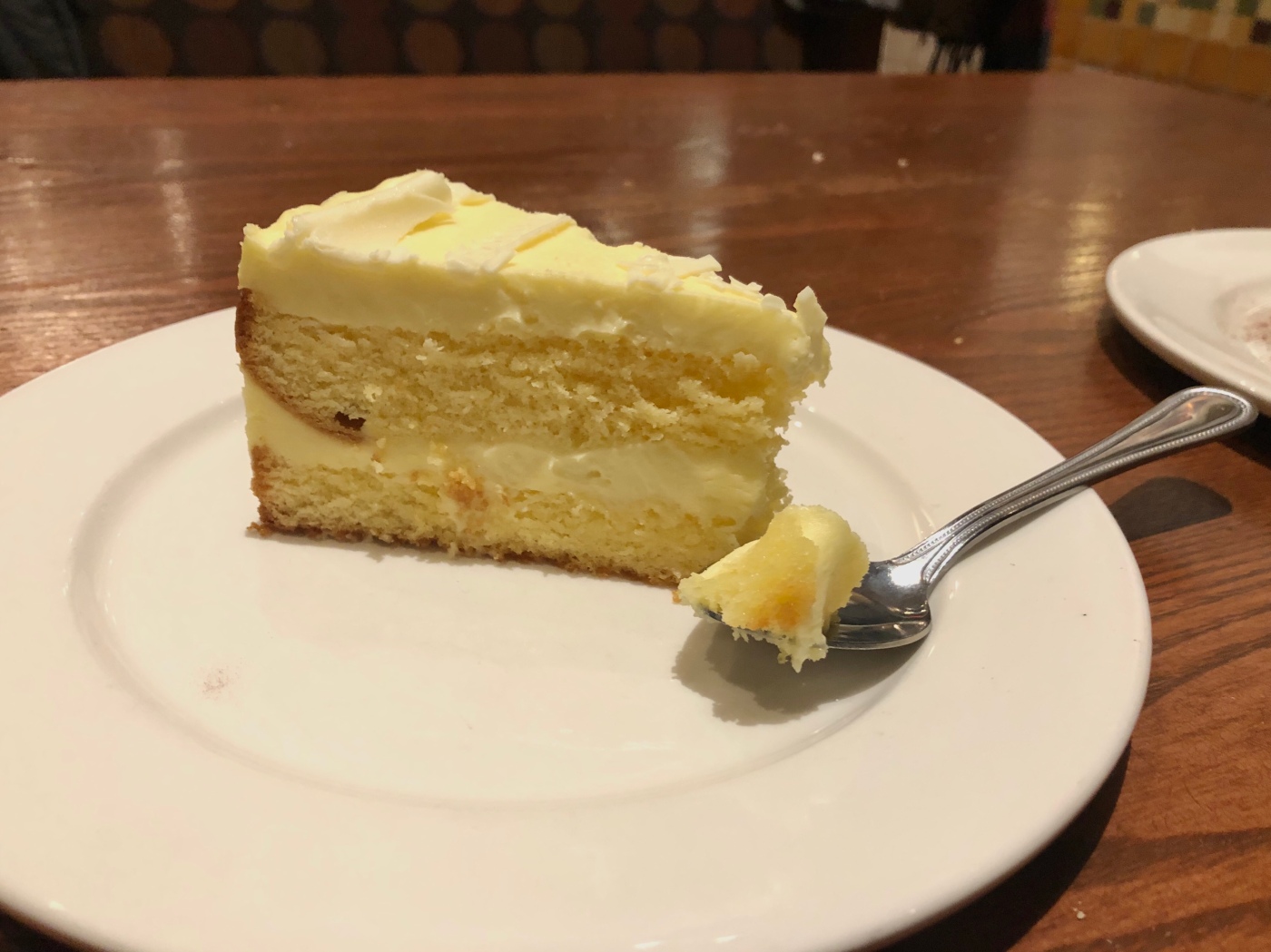 Does anyone remember the store Ames? The department store Ames was similar to Walmart and at its peak, it had over 700 stores in the eastern half of the United States. The chain operated for just over 60 years when it declared bankruptcy and liquidated in 2002. As Ames was on its way out, Target was on its way in. In some instances, Target even took over the old Ames buildings. Poor Ames. Such is life.

Last night, my boyfriend and I went to a Bertucci’s restaurant for dinner. Bertucci’s is a chain of Italian food restaurants similar to Olive Garden, but less fancy. Founded in Somerville, MA in 1981, Bertucci’s now has 56 locations in 10 states in the Northeastern chunk of the US. One thing that strikes me about Bertucci’s every time that I visit is how empty it is. Even on a Friday night, when one would assume a long wait for a table, Bertucci’s, at least the one in my area, is usually no more than half full.

While I can’t speak about all 56 Bertucci’s locations, the location in Cambridge that I visited is showing signs of struggle. When my boyfriend and I were there last night there were only two individuals waiting tables. The wait staff seemingly forgot about our table in favor of the one right next to ours.  Our neighbors had ordered dinner and had received their food before we had even gotten water. Perhaps they are short staffed.  I wonder how much my experience at this location can say about other restaurants in the chain?

I looked up Bertucci’s this morning on Google News to get a feel for things. I searched for news articles and stumbled upon the few pictured above. The headlines look rather bleak, Dear Reader. It is notable that Bertucci’s does not get much news coverage (which is probably a good thing). To put this into perspective, I also searched Olive Garden on Google News. The most popular headlines range from a few days ago to no more than a month ago. Notable headlines include “This Couple Had an Olive Garden-Themed Wedding Complete with a Breadstick Bar” and “No, Olive Garden is not funding President Trump’s re-election campaign.”

Many places are struggling to make it in Cambridge, MA, especially in Harvard Square. In the past few years, I have seen Qdoba, Harvard News Stand, Crema Café, the World’s Only Curious George Store, Starbucks (in the Garage), and Café Algiers permanently close their doors. So, what will happen to Bertucci’s? Will it sink like Ames, Borders, and the others? Its fate is unclear. Only time will tell. Bertucci’s is one of those places that gives you free bread before your meal, so if you’re into that kind of thing, go now because it may soon be too late!