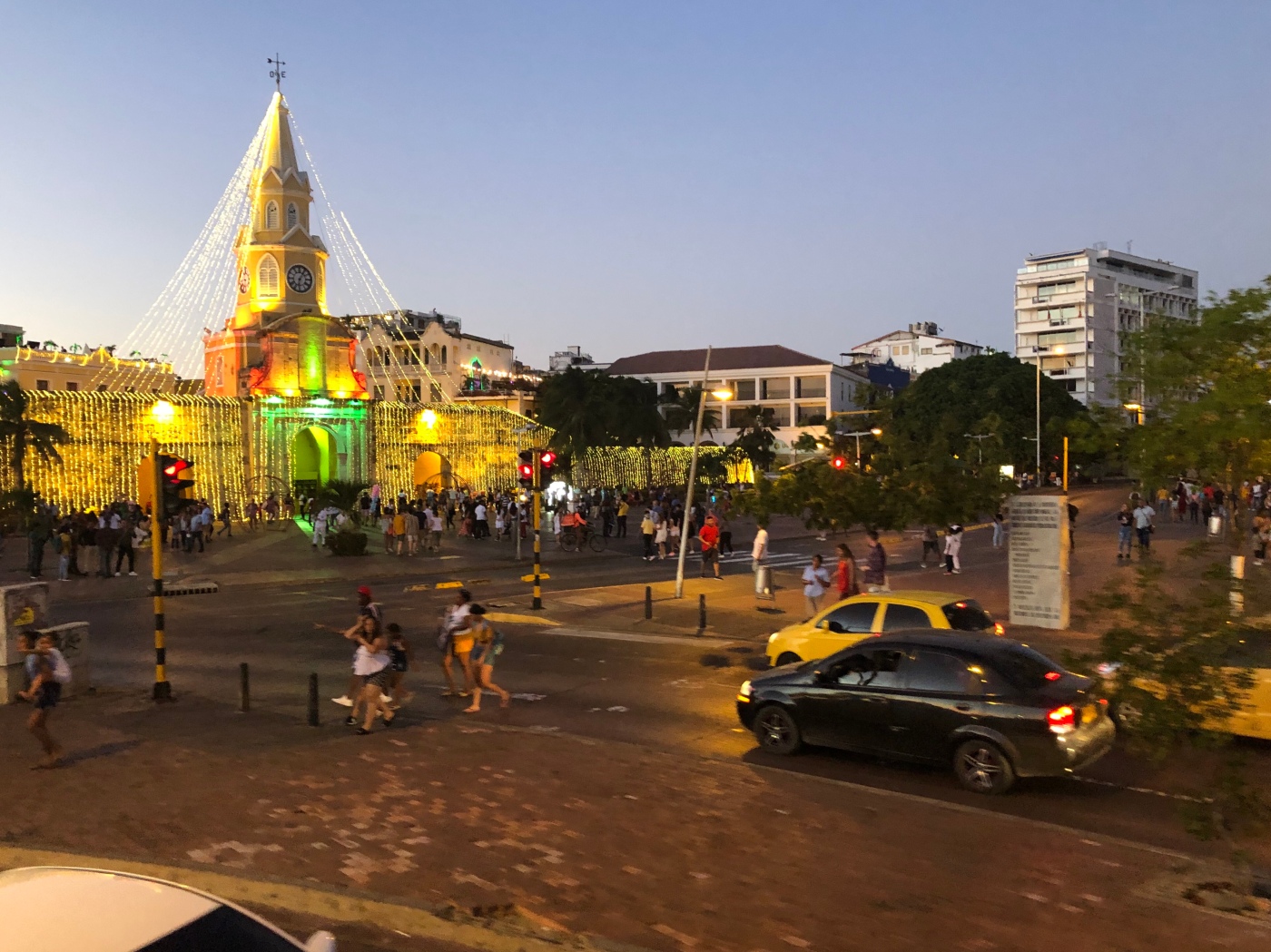 Cartagena is a city comprised of many neighborhoods. Like many older cities, Cartagena has an old historical center as well as a modern areas. Today, I had the pleasure of taking a bus tour through Cartagena’s many parts.

Ordinarily, I forgo bus tours in favor of walking. Cartagena is the sort of city where if you stand in the center, you can get anywhere in an hour on foot. For me, this is doable under normal circumstances, however, for me the Caribean heat made walking a far less desirable option. To see the city, I purchased a ticket for the Cartagena City Sitghtseeing hop on, hop off bus tour.

I boarded the double-decker bus near the old city in the Muelle de la Bodeguita area. From there we headed to the Getsemani area, which is just outside of the main tourist drag. Getsemani is the grungier option, more local, and very backpacker friendly. Leaving Getsemani, we drove along the coast to Bocagrande – the rich, exclusive area of the city. Bocagrande sits on the water and is home to many of the city’s luxury hotels including the Hilton and stores. On the ride, I began to think about how Cartagena’s neighborhoods reminded me of those in Buenos Aires. Getsemani is similar to Bueno Aires’s slightly sketchy and somewhat charming San Telmo neighborhood. Bocagrande is much like Buenos Aires’s Puerto Madero, which is also situated on the water, just as its name would suggest.

On the long drive, I also looked at the details in between the bus stops. Cartagena’s development is certainly uneven. Tourism is booming, but this profitable industry cannot carry the whole city. Cartagena is a somewhat poor city. Behind large modern buildings, hide small impoverished communities. These communities are filled with hardworking people, who will stand on the street all day selling you snacks and water, because your patronage and tips are their source of survival. These people are creative and determined to make a life for themselves and their families.

Interestingly, Cartagena also has nice modern public buses. These buses look a bit sleeker (but smaller!) than Boston’s to be honest. A big difference to me though was just how overcrowded these vehicles were. While we can all expect to get up close and personal with strangers during rush hour, many of us would be shocked if rush hour meant that we literally would have to hang off the side of the bus rather than stand uncomfortably in it. See the pic on this above – I literally did a double take on the tour bus.

Some cities, in my opinion, are a whole despite their many parts. To me, Boston is like this, it is comprised of about two dozen neighborhoods (and even more surrounding areas), yet the greater Boston area feels somewhat united. Cartagena, however, feels like a bunch of parts that all happen to be next-door neighbors.

The bus tour was an overall good experience for me. Sometimes it is nice to just sit back and let things happen around you. Sometimes, we just need to go with the flow and go where the City Sightseeing bus takes us.

2 thoughts on “Wherever the Bus Takes Me”