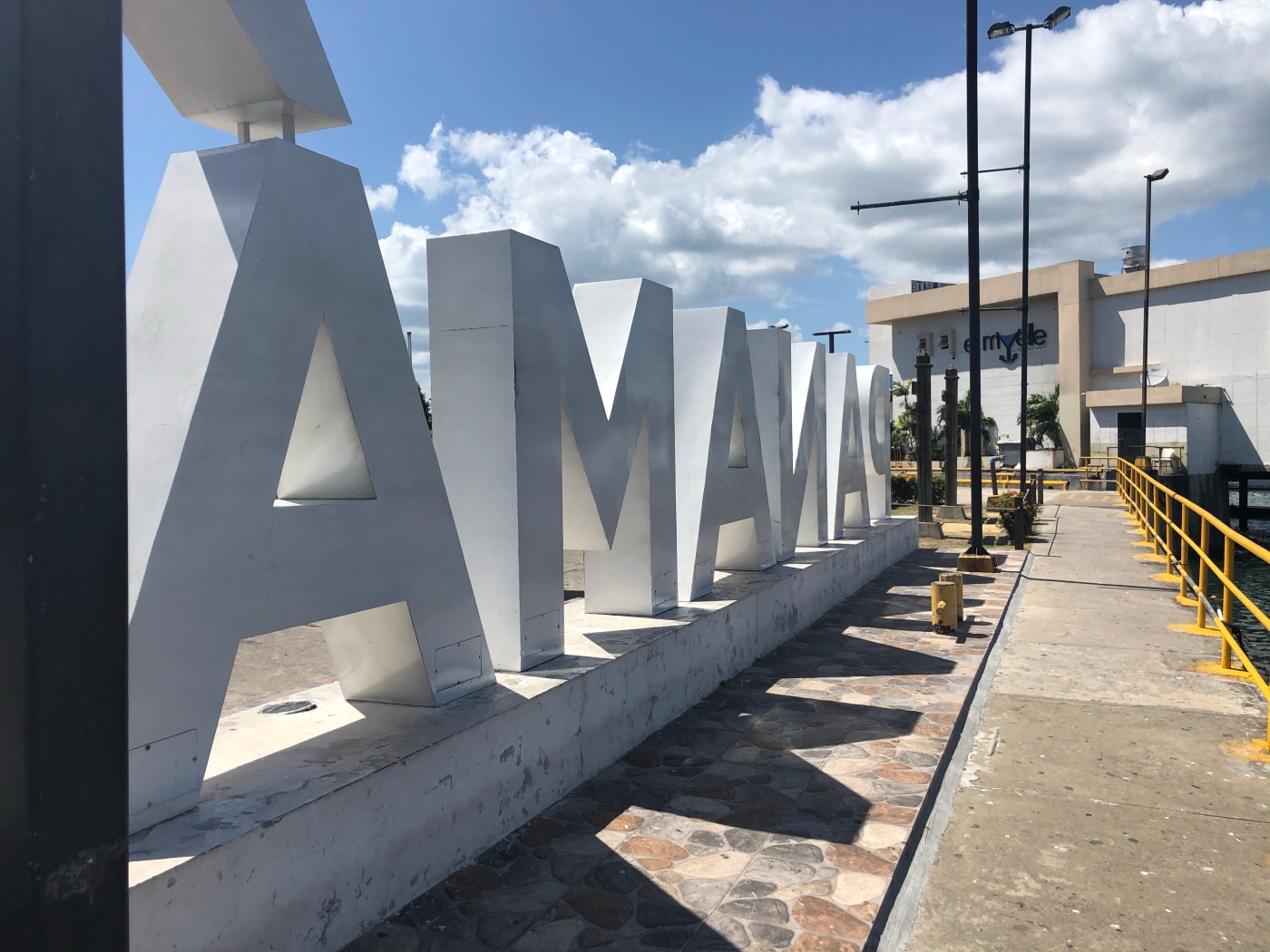 Today, I began my trip from Cartagena, Colombia back to Boston, MA. Instead of taking a flight straight to the U.S., I decided to prolong my adventures and include a 27-hour stopover in Panama City, Panama on my return journey. I am a fan of the “long layover.” So often when I travel, I have one destination in mind and then a surprise layover on the tail end of my journey (if feasible). I took advantage of another stopover opportunity last winter when I traveled to London, via Reykjavik, Iceland.

With literally only one day to do everything I ever wanted to do in the country of Panama, I tried to time my itinerary carefully so as not to miss out on anything. My flight got in rather early, which meant that when I got to the hotel, all I could do was drop off my bags and connect to the wifi. I was keen to visit the Panama Canal, but I learned last night that my tour had been cancelled (it seems that I was the only one to have signed up!). I was frantic, trying to book something at the last minute to no avail. I did some more research and found that I could just get a taxi and head over to the canal on my own. In my searches, however, I did see that City SightSeeing bus tours had a route that started just 15 mins away from my hotel and made a stop at the Panama Canal. I had a very good experience with this tour bus in Cartagena (more on that here), so I booked the tour without any hesitation.

Panama is a small country with a big city. From the tour bus the skyline stretched out much wider than my camera lens could capture even from a great distance. Like many places, Panama City has an old city, known as “Casco Viejo,” and a modern district. If Panama City were a face, then Casco Viejo would be no more than a dimple, and it looks a little rundown as far as “old city” standards go to be honest. The Panama Canal sits just 20 minutes west of the city on the Miraflores lake. The Panama Canal, in my opinion, is just one of those things that everyone knows exists, but far fewer people have ever witnessed firsthand. It’s kind of like the Great Wall of China, the Pyramids of Giza, or the Taj Mahal in its reputation.

For those of you who are wondering about the Panama Canal, I’ll take you on a mini tour right now. On the drive up to the Canal you may pass the U.S. Embassy, which is gated and set behind the lush green of a suburban setting. As you approach the site, you will cross a bridge and the first thing you will notice on your right is what appears to be a dried-up river (pic above). Panama was hit with a drought this year so this may explain why there was no water under this particular bridge. Continuing on the path you will exit your vehicle and enter a small lobby which features a ticket counter for admittance to the Miraflores Visitors Center (where the Panama Canal observatory deck is located) as well as tickets to the Panama Canal IMAX experience (narrated by Morgan Freeman). At the time of this writing, tickets to the observatory deck are $20 each (Panama is a dollarized country and they use USD paper currency).

You will make your way up two sets of escalators passing by a gift shop, filled to the brim with Panama hats (pun intended) and other souvenirs, as well as, a cafe. From there you most go outside and cross the street to the Miraflores Visitors Center. You will scan your ticket and make your way up to the fourth floor. From there you will go through a pair of glass doors which will bring you to the observatory deck. The floor is crowded, and eager visitors line the rails facing the locks. You will hear a voice over the loud speak (both in Spanish and in English) giving you a play-by-play of what is happening in the lock as well as some interesting facts about the structure here and there. The feeling is similar to a sports match in which we are unfamiliar with the rules but are excited to take part in the action.

A British yacht is making its way from the Caribbean Sea to the lock chamber closest to you at a snail’s pace. You are eager to see the water displace but are discouraged when you hear the announcer say that it will be awhile before the ship can enter the lock. The busiest times for ships occur in two shifts, one in the mid-morning, and the other in the mid-afternoon, each for about 3 hours. Connecting with the Canal from the Atlantic to the Pacific can take as little as 8-10 hours, which is miraculous considering going the long way would take about two weeks. In the second lock, you see a cargo ship heading east and smoothly and slowly sliding its wide frame through the canal’s seemingly narrow walls. You look back at the first lock to see that the British yacht is being tethered and not much other action is taking place. The observation deck is getting pretty hot, especially with other bystanders pressing against your elbows. So, you take your pictures and leave the observation deck to decide whether you will visit one of the two small cafés or the restaurant before you make your departure.

If you just want to see the canal, you can do the whole thing in like 20 mins for $20 (transport would cost anywhere between $20 – $60 from the city roundtrip). If you want the full experience, you could do a full-day trip and even take a boat tour to go through the locks yourselves (this will cost you $200+ and 7+ hours of your time). I can’t say I was drawn to the Canal because of its reputation as an engineering masterpiece, but for me, an hour at the “8th wonder of the world” was well worth my time and money. When in Panama, Dear Reader, one surely must see the Canal!