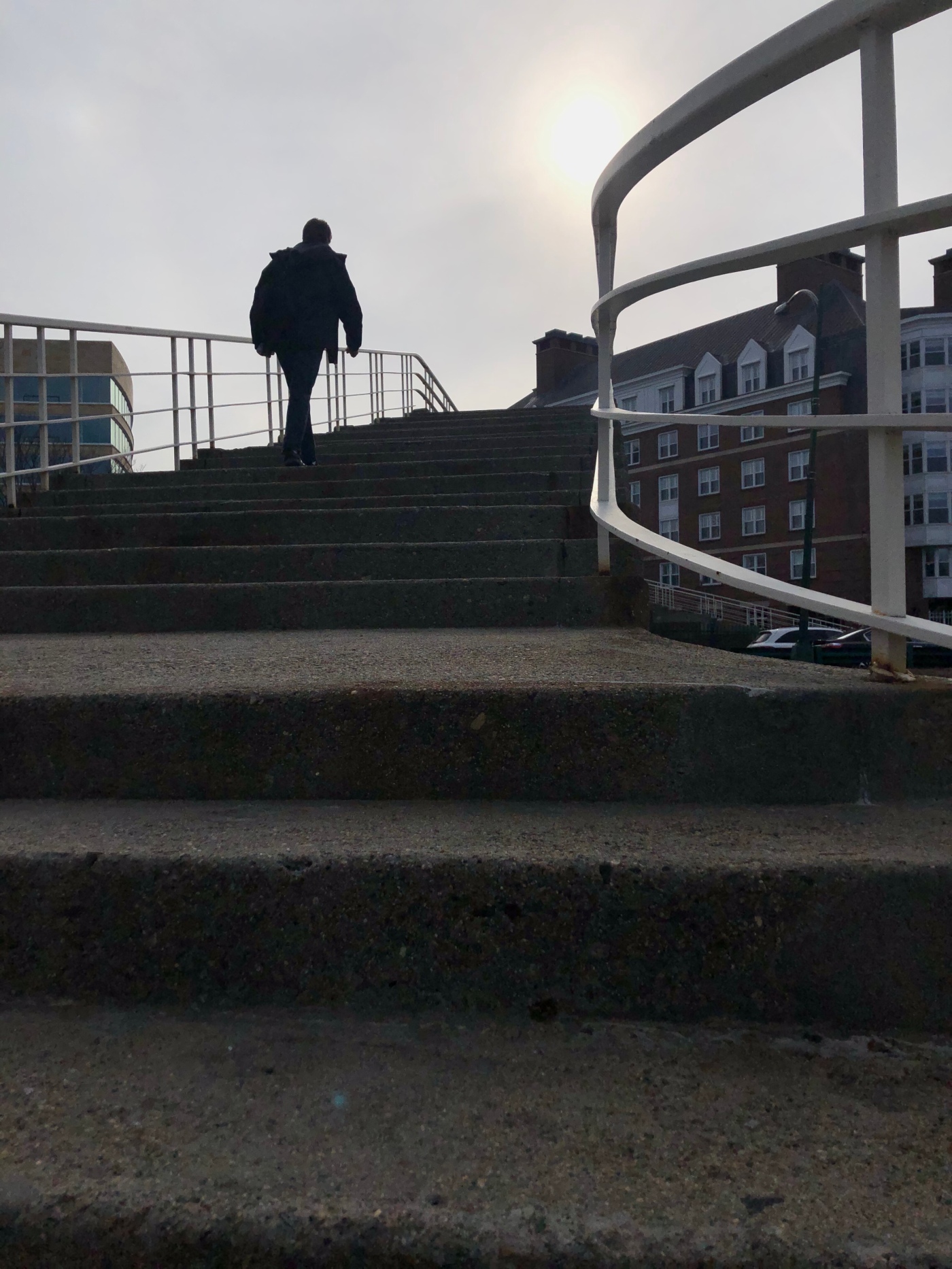 Physical closeness is a surefire way to bring people together. A few days ago, I attended a prospective student event for graduate school admissions. A small group of us with diverse backgrounds and interests met for a few days to visit the university. One component of our visit included one-on-one meetings with faculty members. When we were not in a professor’s office, we took refuge in an empty classroom. At one point it seemed as if the bulk of us were just waiting—a group of adults polished in professional attire yet slumped over and unenthusiastic in a classroom. In our boredom, interesting conversations between the unfamiliar group ensued.

All names have been changed.

Trent walked into the quiet classroom where all of us were either on our phones or laptops engrossed in our little worlds. The talker of the group, Trent started a light conversation about the day. Mike, a current student from Philadelphia, eagerly chimed in. Without too much prelude, Trent posed the question: What nationality would a baby have if it were born on the moon?

“The law would probably be the same as if a baby were born in international waters,” added Mike.

“But there is no such law on the moon. So, what would the baby’s nationality be?” responded Trent.

Someone in the group suggested that the baby should inherent the moon. Stella, intrigued, inquired how a baby would have been born on the moon in the first place. This question then spiraled into an excited discussion about sending pioneers to the moon and setting up civilization there.

When things settled down, Jann started things back up again when he made the statement: I don’t support vegetarianism except if it is for health reasons. Stella was immediately riled up. Stella comes from the rural west and grew up in a community that slaughtered cows for a living. While she is not inherently against meat consumption, she found Jann to be incredibly closed-minded on the subject. Jann responded by saying that, “there is a hierarchy in place that we must respect. Animals should be eaten.”

Jann has a stern face and a tone of voice that is powerful but without too much inflection. Stella asked whether he was serious, and Jann replied, “Unless I die from some sort of freak accident, I’m positive that I will die from high cholesterol, because I think that meat should be eaten.” Mike and Trent were eager to get into the discussion.

Trent volunteered, “I was tricked into eating alligator once because I was told it was shrimp.”

Trent volunteered that he did not eat cow. Then Sonya, a quiet girl, meekly stated, “I grew up in a country where cows are revered creatures and I can tell you that they are dumb as s***.”

I left the room for a few minutes to use the restroom, but when I returned, the conversation on vegetarianism was still in full swing. Mike was speaking as I entered the room.

“Every culture draws a line when it comes to eating animals: cow, chicken, horse, dog, cat, etc. Some people will draw a vertical line between chicken and horse (signaling that they would eat cow and chicken but not horse), others between horse and dog. As for me…, well, I would draw a horizontal line below all animals,” Mike said jokingly, insinuating that he would eat anything.

In an equally absurd tone, Trent stated, “Did you know that crocodile counts as fish on Fridays during lent because they live in the water?”

Everything that was said was followed up on enthusiastically. When a group of bored strangers are stuck in a classroom, they will find ways to entertain themselves. In those 90 minutes, we discussed where to find the best Indian food in the U.S. (apparently a restaurant in rural Indiana), learned about SoCal vs NorCal rivalries, and heard for the first time about the problematic Mummers parade in Philadelphia.

Although the atmosphere at the prospective student event was tense at times, I think that it is safe to say that we all found ways to enjoy ourselves. There’s something about being left alone in a classroom that brings people together. As long as we remain friendly and open-minded, Dear Reader, then camaraderie can be found wherever it is sought. I will close out this post with an iconic line from The Breakfast Club movie: We’re all pretty bizarre. Some of us are just better at hiding it, that’s all.

One thought on “The Breakfast Club: College Edition”