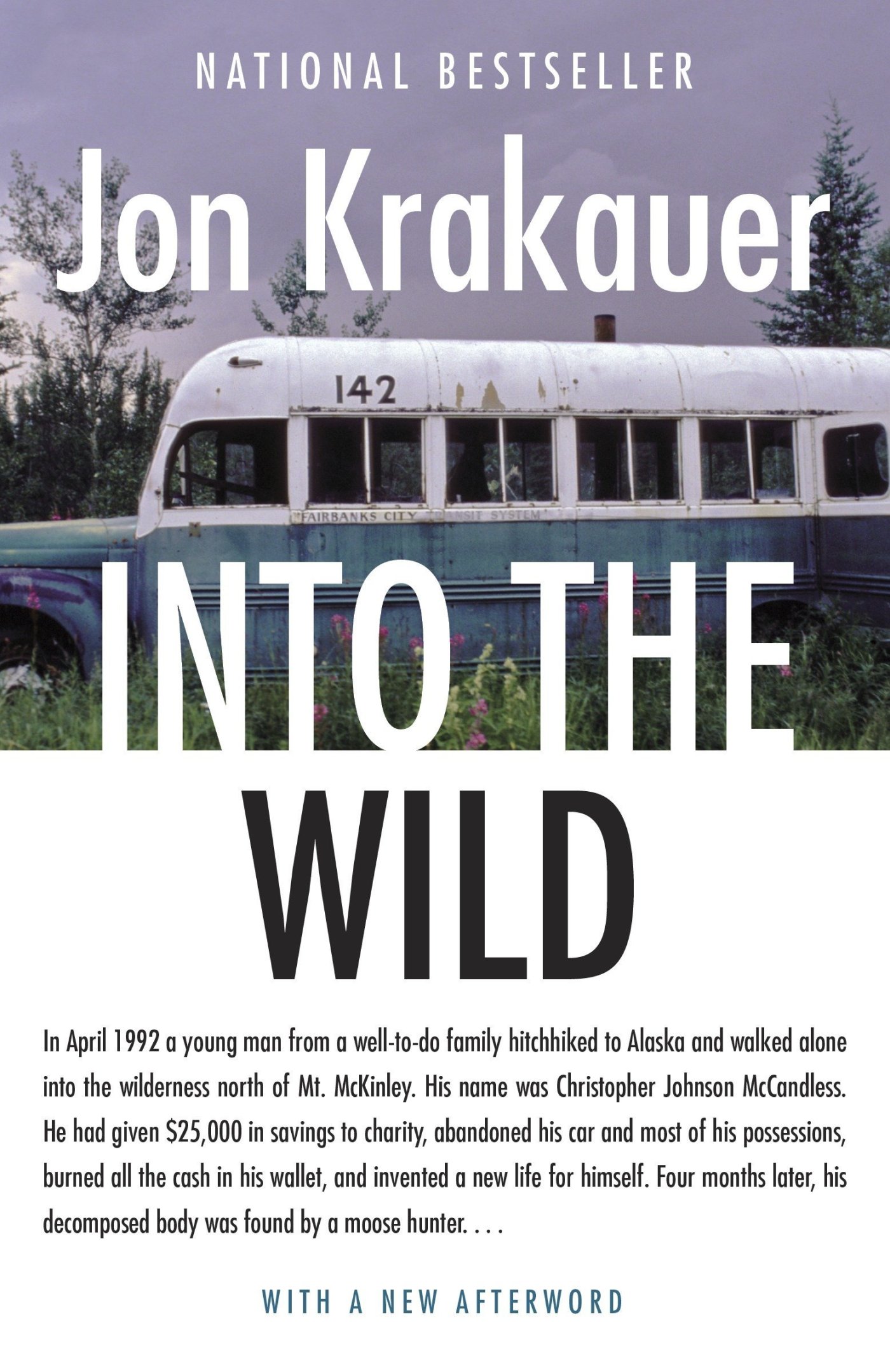 It is often the case that after death the deceased is held in higher regard than he was while living. Yet rarely is anyone upraised to the status of legend. This, however, is how many view the wise-beyond-his-years and gone-before-his-time Chris McCandless. Maybe we are captivated by him for his unshakable resolve, propensity to extremes, or unquenchable thirst to conquer new terrains. Or, perhaps, we are fixated on this youth, a man of merely 24 years, because he perished in tragic fashion, from starvation in an abandoned bus in the Alaskan wilderness. You may remember the story of this unlucky wanderer who was discovered by two hikers in 1992, or, if you are like me, became acquainted with this tale through Jon Krakauer’s publication of McCandless’s short but daring life in his highly-acclaimed book Into the Wild.

My review of Into the Wild contains no spoilers as the most shocking piece of information, the nature of McCandless’s death, is disclosed in Krakauer’s introduction. So, if you are interested in learning more about this mysterious figure, do read on.

We meet McCandless hitchhiking along an Alaskan highway as he is making his way from Fairbanks to Denali National Park. He is picked up by a kind man who after chatting with Chris (who was going under the name of Alex at the time), tries to dissuade the young man from venturing into the wild with such a meager set of supplies. Without an ax, compass, or sufficient food, McCandless, who refused to carry with him anything more than the bare essentials, was ill-equipped to spend months in the Alaskan bush. Even though the driver offered to take McCandless to a store to stock up on the necessities, McCandless refused and asserted that he would survive by living off the land. At the gates of the national park, after much protest, the driver convinced McCandless to accept the two sandwiches he had with him. Even though the driver is familiar with the harsh Alaskan conditions, he did not worry too much about McCandless whose spirit conveyed a sense that he would be alright. This chance encounter was, perhaps, the last time McCandless was seen alive.

Although he bears all the confidence and passion of an outdoorsman, McCandless had a relatively sheltered life. He grew up in an upper-middle-class home in Annandale, Virginia and had his needs met. Perhaps, it was his comfortable upbringing that made him resent his predictable suburban surroundings. His childhood, however, was not easy. His parents’ divorce affected him and his situation at home was tense as a result of his parents’ workaholic lifestyles and his father’s temper. Although he was never one to be conventional and balked the rules as a matter of course, he ended up graduating from Emory University with degrees in History and Anthropology. While his parents had hopes that he would begin law school, one day, McCandless up and disappeared without a word of warning or indication of his plans.

From this point, we see that McCandless is a lad of strong conviction. Once he sets out on a course of action, he follows through and abides by his morals. He drove west and traveled up and down the coast, exploring nature, camping, fishing, but also taking up menial jobs and striking up acquaintances with strangers. Although he quickly entered and exited the lives of many, he seemed to have left a strong impression on those whose paths he crossed. McCandless was described as intense, an intellectual, a man with high moral standards, friendly, and often in good spirits, but also a little kooky, distant, and brooding at times.

Although McCandless proved to be a natural talent in many of his endeavors, he had a stubborn tendency to shrug off advice from others and march forward to the beat of his own drum. Some blame his death on his hubris. Native Alaskans will tell you that the manner in which McCandless set out to live in the wild was nothing short of foolishness or supreme overconfidence. Others, however, will praise the young man for his efforts; he hunted and gathered to survive for a few months before his death, which is no small feat.

Nature in all its beauty belies a sinister underbelly and McCandless was hopelessly enchanted. Not wanting to waste a second of his life more in the comforts of man, he took on the great outdoors before he was ready and after four months succumbed to starvation less than a ten-mile walk to civilization. Whether you think he was clever or foolish, it goes without saying that his end was tragic.

Jon Krakauer, the author, an outdoorsman himself, takes a personal interest in McCandless’s story. Krakauer’s spiritual connection to McCandless makes this biography less a retelling of events and more a piece of introspective literature. In addition to McCandless’s story, Krakauer details a few other young men who were kindred spirits that met untimely fates in the wild. Although the premise is grim, I enjoyed reading the book and learning about McCandless and his travels. If you are interested in nature, biographies, or just a peculiar tale of events, I highly, highly recommend that you try Into the Wild.