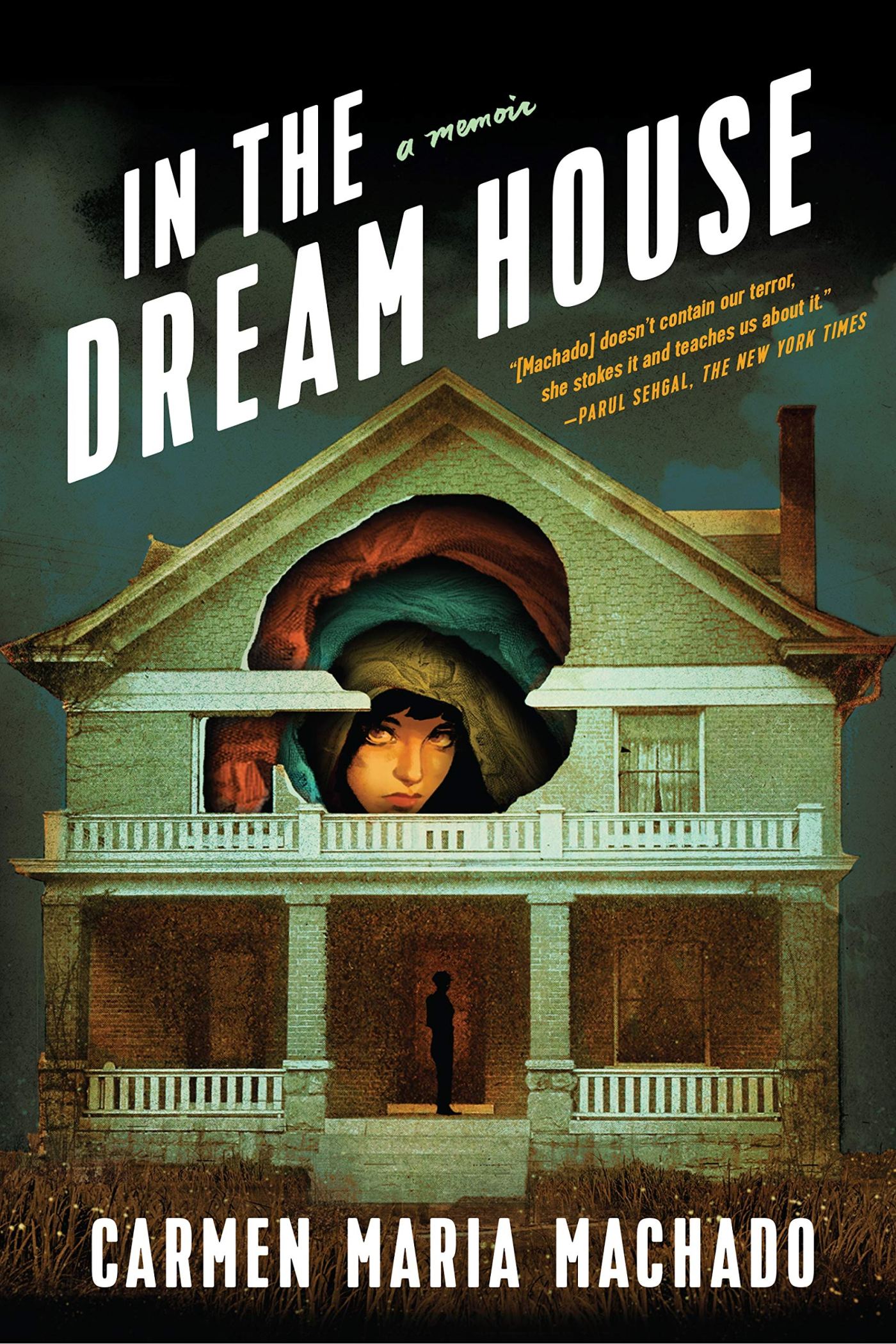 Domestic abuse comes in all forms, yet U.S. law and popular culture primarily focus on physical violence that men have committed against women. While this description of abuse is prevalent and serious, it does not encapsulate the problem. What is missing from this narrative, however, is the wide spectrum of abuse including emotional, psychological, and digital as well as the diverse cast of potential victims, including men, and unsuspecting abusers including women. As generous of a definition as this is, however, it is too an over-simplification of the problem. At the risk sounding unhelpfully vague, it may just be easier to say that domestic abuse is a big bad problem that we don’t always see clearly.

I recently read In the Dream House: A Memoir by Carmen Maria Machado and was blown away. This was not my favorite read (far from it), but it was certainly one of the most powerful. Machado’s story is one that is not new, yet one that is rarely (frankly, if ever) told. Through a series of short, literary vignettes, Machado tells the story of her intensely passionate, yet deeply distressing relationship with her then-girlfriend. Machado describes the woman as a beautiful, petite blonde who was born in Florida, but had the air of a world traveler. The girlfriend studied at Harvard, spoke fluent French, had lived abroad, and had aspirations to be a writer. Machado and the woman were physical opposites, yet these passionate souls quickly joined and entered into a serious relationship.

As time moves on, however, we quickly realize there is trouble in paradise (or more appropriately, trouble in the dream house), when we see that Machado’s girlfriend is quick to yell at her or call her a disparaging name for small slights. Machado felt as if she were walking on eggshells, tip-toeing around the beast that too frequently became her girlfriend. To make matters worse, the woman was intensely jealous, accusing Machado of cheating, and checking up on her repeatedly with phone calls and texts. There was even one instance in which Machado had to literally duck and cover as her partner threw kitchen appliances in her direction.

The descriptions of abuse are striking and the book is made evermore powerful by the ways in which Machado weaves together intimate moments to create a collage of the relationship. At one point during the narrative, Machado remarks “I broke the stories down because I was breaking down and didn’t know what to do.” The storytelling is surreal in nature – one scene seemingly connects to another without rhyme or reason. Furthermore, there were some scenes from literature, film, and television that were integrated into the narrative, which really does make the story feel like some trippy dream sequence.

In the Dream House, while a personal story, also makes commentary on our views of domestic abuse in the United States. Same-sex marriage is relatively new for this country and the body of research on same-sex relationships is still quite small. Machado talks about key domestic abuse cases in the U.S. Supreme Court that highlight how same-sex abuse is treated differently than the man-abuses-woman story that we have come to expect. I did a quick search on Google, because I wanted to know more about domestic abuse outside of our classic framework and was not able to find a memoir featuring male victims or victims where the abuser was of the same gender. In this way, In the Dream House, while a showcase of one woman’s trauma, is also a pioneering work in LGBTQ writing.

I enjoyed In the Dream House; however, I also have some reservations. This is a first-person account, which makes the writing deeply personal, however, there is an acute lack of detail regarding the female abuser. In fact, I could be wrong, but I’m not sure her name is even mentioned. Her backstory, which could be helpful to understand where her rage comes from is also not clear, except for a mention that this woman felt bullied most of her life. As a reader wanting to see a full picture, I feel that In the Dream House did not provide that sort of focus. That being said, I also do not believe it was the author’s intention to provide such a comprehensive overview—hence the dream-like sequence of events.

In conclusion, In the Dream House is interesting, insightful, and, well, sad (it is a book about abuse after all). If you are interested in surrealist literature, LGBTQ stories, or memoirs, I highly recommend this book to you.