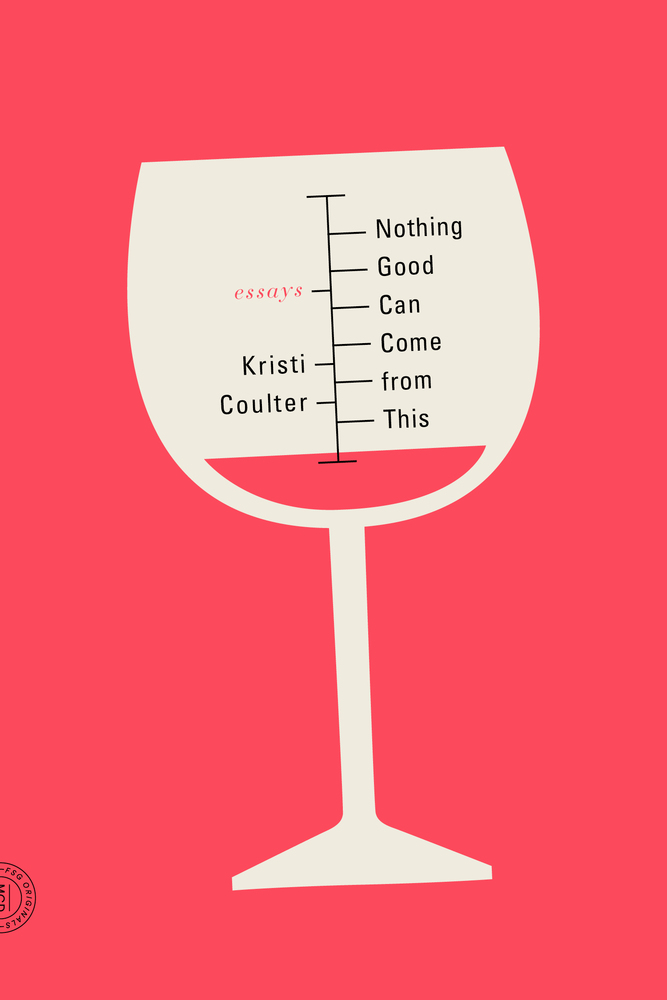 “In her sharp, incisive debut essay collection, Coulter reveals a portrait of a life in transition.” This sentence that I have reprinted for you is a line from the description of Kristi Coulter’s memoir Nothing Good Can Come from This: Essays. In sitting down to write this review, I found that this was a rare moment in which I really did not have anything to say. For this reason, I took to the internet to read just what exactly the intention of this book was. To clarify, when I looked into this title, it seemed to me that this book would delve into a narrative about a woman who struggled with alcoholism for many years. However, after reading this book, it seemed that alcohol was just one of many themes (and a recurring theme) rather than the central focus of the book. That was my somewhat critical way of saying that this book seemed to be a bit all over the place.

In an attempt to dissect this “portrait” that Coulter has painted, I will touch upon some of the themes of the memoir.

The overarching theme of Coulter’s memoir is that of alcoholism and sobriety. Coulter is several-years sober and unlike many in her shoes was able to get herself this point largely on her own accord. For her, drinking became a source of coping with her stressful, exciting job, and then became the central activity in her life. Miraculously, however, she had a wake-up call that finally compelled her stick to sobriety and attend AA meetings. While Coulter’s struggle with alcohol was both long and hard, she somehow manages to gloss over many of the details of this journey. Instead, Coulter explores many related events in her life, while returning to the subject of alcoholism at different points in the memoir.

While the theme of this book is recovery from alcoholism, Coulter spends a great deal of time discussing romantic relationships. Although she confirms that she is happily married, at different points, Coulter recounts feelings of lust and longing as well as detailing an almost affair with another married man. While these vignettes were amusing to me, I found it, above all, interesting that neither alcohol nor sobriety were a central piece of these stories. The inclusion of these thoughts in such a disjointed way gave me pause. Without a strong connection between these stories and the struggle to give up drinking, it was as if her essays on romantic relationships were a sort of confessional about how she feels about marriage.

The author largely relied on distractions to help her quit the bottle. In the beginning, she futilely attempted therapy, keeping a food journal, yoga, experiencing nature, playing FarmVille and other methods to keep her from drinking. One more helpful distraction was running. However, to me in an almost ironic way, I felt that the book itself was filled with distractions rather than clearly focusing on the purpose (as I believed it to be) of the book – a documentation on the struggle to stop drinking. With a giant glass of wine on the book cover, one would naturally expect such a theme to persist clearly and unobtrusively throughout the pages. However, there were long breaks in which the author would describe distractions rather than maintain the book’s focus. Two notable examples of this were the lengths to which Coulter discussed ultramarathoners and her beloved author Laurie Colwin.

Overall, I found this book to be interesting (and I’m glad I read it!), but without a clear focus. If the book were simply titled “A Portrait of a Life in Transition,” then, perhaps, I would not have been so critical of its contents. However, because this book is advertised as a bona fide story of a woman finding and staying on the path to sobriety, I found that this book did not quite live up to its promise.

Regardless, I did finish the book, which is sign enough that I enjoyed most of it despite its quirks. If you are of the open-minded sort, Dear Reader, perhaps, you will find more enjoyment in Nothing Good Can Come from This.