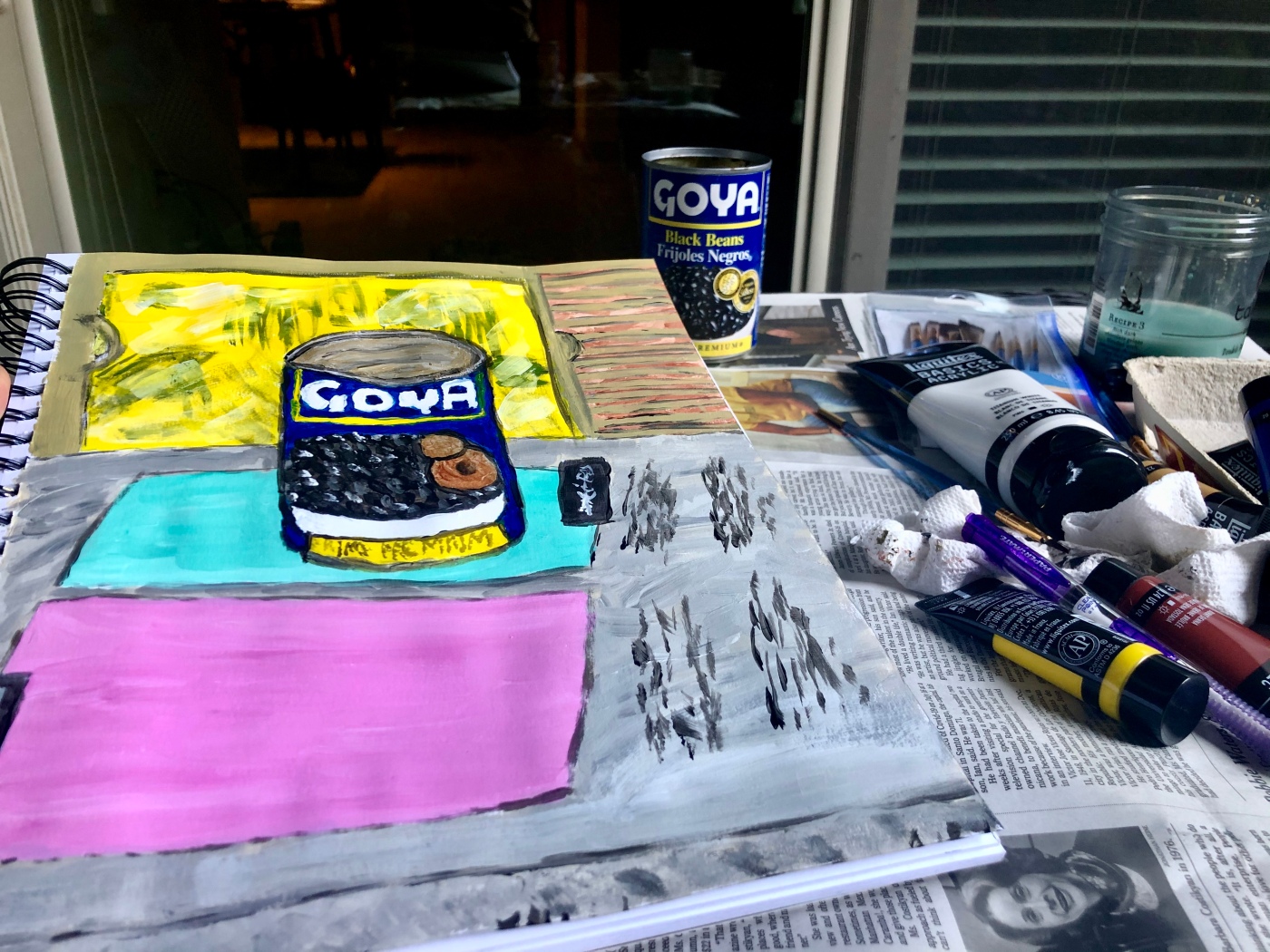 A funny thing happened when I stopped blogging literally every single day — I got “new” hobbies!

When I was a daily blogger, I would set aside two chunks of “free” time each day. The first longer chunk was devoted to drafting a blog post and the second shorter chunk was devoted to polishing a post I had written a few days prior to publish that day. So, my “free time” was not actually “free” time, rather my blogging time. Now, however, with much less rigidity surrounding my blogging schedule, my free time is, for once, actually FREE!

My mind was buzzing with the possibilities — I could learn to code, study languages, or fly! Just kidding on that last one, but the point is I was very excited about the options. Interestingly, I found a strong desire to return to my old hobbies — specifically, painting and playing the guitar.

It’s funny that these hobbies cropped up at totally different points in my life and I had engaged in neither (not even once) during my year of blogging. However, now, I was super excited to dive back into both.

I tuned my guitar and was devastated to see that my guitar music had vanished from my iPad without a trace. I tried to recreate my sheet music library — which was, let’s be real, just screenshots of free music that I had found online — only to uncover that much of the music I had captured years ago was now hidden behind paywalls. Feeling frustrated, I quit searching for all of my free favorites and decided to start fresh with a bona fide book of sheet music. I bought a book of 100 songs and clumsily tried to maneuver my fingers across the six strings to bring them to life.

If the missed notes weren’t proof enough, my soft fingertips and long nails further evinced the fact that it had been a while since I had last picked up a guitar. However, after a few days and freshly cut nails, I could feel my calluses growing back and the fretboard felt less foreign in my left hand.

I got a kick out of painting too. I’ve never really been a painter, but every so often in my life I have embarked on intense, but short-lived, painting frenzies. This Starry Night-inspired dresser is one notable example. The short story behind this dresser is that one summer, I furnished about 75% of my apartment with items found on the street. In addition to the dresser, I also scavenged a nightstand, kitchen chairs, and even a couch (which my ‘apartmate’ found). Because I was totally unemployed during this period, I took the time to paint this piece (along with the nightstand).

For me, free time is a beautiful thing. Some people are totally fulfilled by their work, but I’m just not one of these people. Hobbies are not “hobbies” to me, but amateur mini-passions. I’m excited to see how far I will get in my hobbies in my new year 🙂

Wishing you an abundance of time and energy.

One thought on “What’s in a Hobby?”