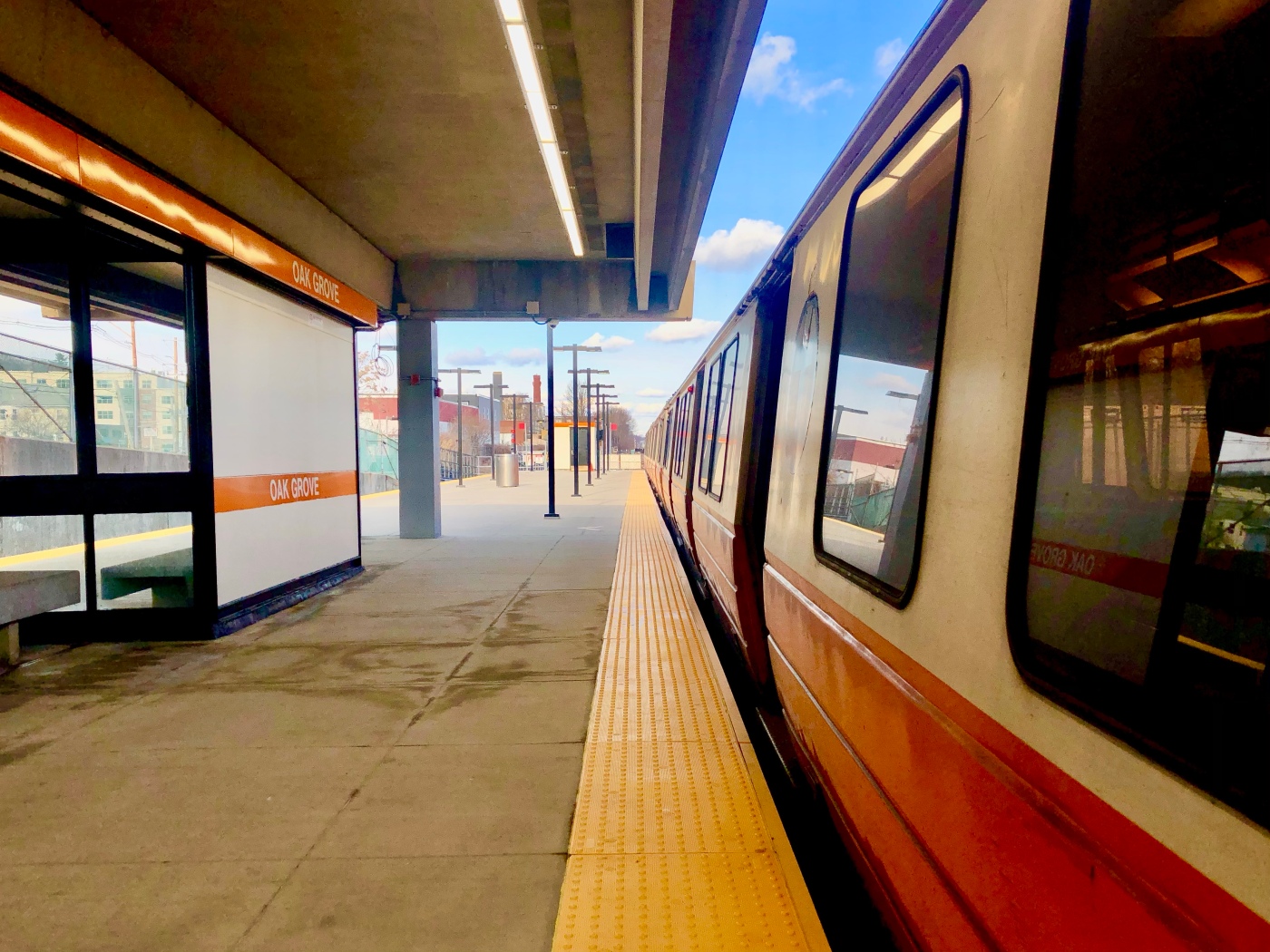 Boston’s public transportation system is one of the best in the country. It is ranked number 3 in the country just after New York City and San Francisco by US News and number 2 by Business Insider just after Seattle. One thing I love about the “T” (aka the “Massachusetts Bay Transit Authority”) is that the subway system is extensive and convenient. Although I have lived in Boston for a few years now, there are still many corners of the area that I have left unexplored. Today, I sought to rectify this with an adventure along the Orange Line of the subway (“T”).

A confluence of beautiful circumstances led me to have a “T” excursion (at the time of this writing).

Riding the Orange Line from North to South in its entirety is about a 40 minute ride (not bad!). You can see a lot of the city this way and learn about how different parts of Boston come together. To get to the Orange Line, I connected at one of the downtown stops (all other lines: Red, Blue, Green, and Silver, intersect with the Orange Line here), then I traveled north on the Orange Line. Leaving the downtown station and heading northward, one travels a short way underground through North Station (the northernmost downtown stop). Continuing north, the T surfaces from its underground tunnel to cross the Charles River and drop off passengers at the “Community College” station, which allows travelers access to Charlestown.

Charlestown, Boston’s oldest neighborhood, is a beautiful area on the water. It is known for its historical Navy Yard as well as the Bunker Hill Monument (a granite obelisk with 294 steps to the top). Continuing north, we pass the Sullivan Square and Assembly stations, two up-and-coming areas, with luxury residential buildings and shopping centers.

Travelers going north on the Orange Line are granted more water views as the train crosses the Mystic River before stopping at the Wellington station, the only T station located in the city of Medford, MA (at the time of this writing that is). Then, in no time at all, we are entering the heart of Malden, MA (another city in the greater Boston area) at the Malden Center station. Finally, the train terminates at the Oak Grove station, which is also located in Malden.

Wanting to get a view of Boston from the north, I walked a short (very-uphill) distance from the T station to Waitt’s Mountain Park to capture the Boston city skyline. This little park is just one of the many green spaces in the area. In fact, Malden is also home to the “Middlesex Fells Reservation” (more here), a popular hiking destination in the greater Boston area.

All in all, the northern section of the Orange Line has more of a suburban feel than other parts (in comparison to densely populated areas like Dorchester or Mattapan for example). There is an abundance of green spaces, homes with yards and trees, history, and not too many high-rise buildings. While I enjoyed exploring Malden and Charlestown, I had a very different experience traveling south of the city. More to come in part 2 of this post, dear Reader, where we explore the southern half of the Orange Line.

7 thoughts on “All Along the Orange Line — Part 1”