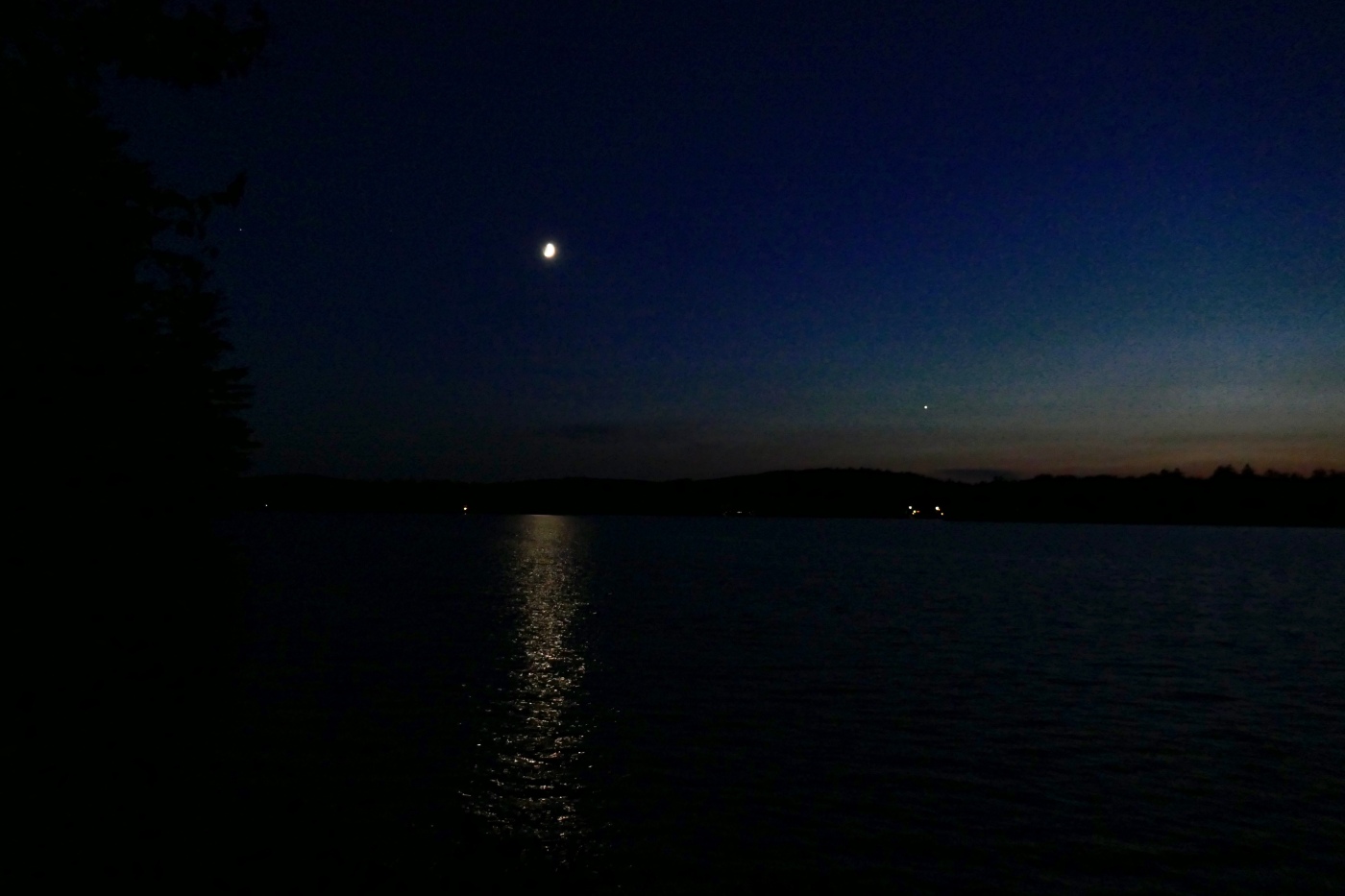 How many of you would like a weekend to totally unplug?

…I wouldn’t! I love technology and all that it has to offer, but I realize that I may not be in the majority on this one.

Regardless, incidentally, I willingly walked myself into a no-tech (or rather “low-tech”) situation. With a group of about three dozen young people, I traveled to a small island in the middle of Lake Winnipesaukee in New Hampshire. This parcel of land, no more than one mile round, is woodsy with small rocky beaches. Simple wooden cabins overlook the coast and trails are carved into the landscape through a network of tree roots that span the island like veins.

Luckily (in my opinion), the island has no fauna to speak of apart from humans and the odd deer that must have swum over from elsewhere. So, the rustle of the leaves or cracking of a branch should not set off the omg-is-it-a-bear alarm bells.

One of my most beautiful experiences on this trip was my passage over from the mainland. After sunset on Friday, we all convened by the dock and loaded up our bags into a motorboat meant to transfer the cargo to the island. Then, we climbed into a second motorboat and sped off into the inky black waters. As I looked out over the side of our passenger vessel, my eyes lit up in wonder at the sight of the two little boats in the big, dark lake. I didn’t want to take a picture and break the spell. No one had their phones out, so other than the lights on the tip and tail ends of the boats and the house lights in the distance, the only other illumination was from the starry night sky.

In the romanticism of the moment, I fancied the boats as voyagers painted on a canvas dividing the jet-black water below and the speckled starry sky above.

And then, because I was in a good mood and because no camera could possibly capture the magnificence of the moment, my mind reframed the image with inspiration from Van Gogh’s Starry Night….

Cast on a dark, still lake in the middle of a northern forest, rather than in a French valley, my mental painting features two small boats that are no more than black silhouettes and glimmering yellow orbs of light bouncing at their tails. The tall crowns of coniferous trees point up toward the starry night’s sky and frame the deep dark sheet upon which the vessels glide. Unlike Van Gogh’s masterpiece, the stars in this scene do not share purchase with the moon. Instead on this night, the bright crescent hangs low in the sky on its own while a multitude of brilliant little dots reign high above.

The night is electric with a buzz of excitement from the bevy of young people, absconding like the sun and keen to embark on adventure. What awaits the wide-eyed and bulging-backpacked travelers on the island where escape from the city, routines, and work life was promised?

For more tales of my trip to Lake Winnipesaukee, look out for part 2 of this post.

3 thoughts on “When on Winnipesaukee (Part 1)”