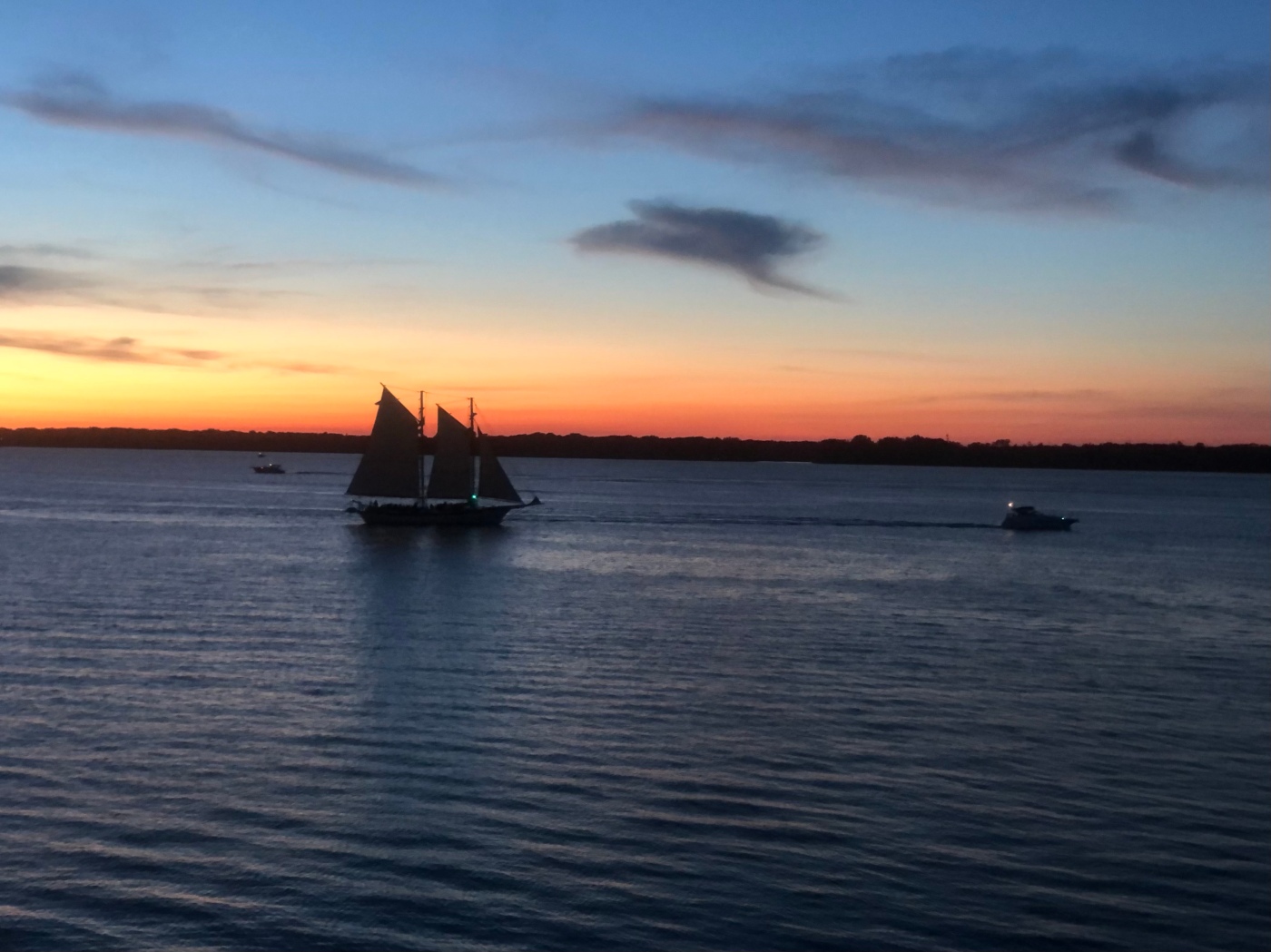 What’s so special about tall ships? If you are native to Erie, Pennsylvania, you already know the answer. Enclosed by Pennsylvania, Ohio, Michigan, New York, and Canada, Lake Erie is the fourth largest and shallowest of the five Great Lakes. Today, I am typing to you from one of Lake Erie’s southern borders in the city of Erie, Pennsylvania. What? You haven’t heard of Erie, PA!? I’m just kidding, it’s not a terribly recognizable city. In fact, the only reason that I made the trip up here is because of the annual Tall Ships Festival.

Each year, taking place at the end of August, Erie plays host to a three-day festival featuring food, vendors, live music, and a fleet of tall, sailing ships open for touring. Erie is a small city in Pennsylvania’s northwestern-most corner and is home to just over 90,000 residents. Like much of the rust belt, Erie has taken a hit with the decline of the manufacturing industry. However, like Pittsburgh its neighbor to the south, Erie too has had emerging growth in other high-tech sectors including biofuels. This is all to say that the annual Tall Ships Festival is a big event for this little meager metropolis.

Speaking to an event volunteer, we learned that tall ship enthusiasts from New York, Ohio, and even from the South make their way to Lake Erie to tour the vessels docked in the harbor. The Pride of Baltimore II is a reconstruction-era vessel (one of the smaller ones). The Nao Trinidad, the most popular, and arguably the most impressive of the maritime attractions, resembles a real pirate ship. In fact, it is a replica of a 15th century sailing ship, constructed in Spain that makes calls to American and European ports to promote an appreciation of the surrounding culture and history.

A single day pass is a great deal for only $10 and is perfect for someone who only wants to enter the event space. With the day pass, one can visit the convention center where the vendors are stationed and the harbor, where the boats are docked. It is a festive, busy atmosphere, and in addition to ship paraphernalia, there are also outside vendors selling food, alcohol, children’s toys, and even tickets to partake in a mobile ax-throwing booth. The boats are not handicap accessible, so this ticket option may also be most suitable for those who are interested in joining the festivities but would not be able to physically board the ships.

For $5 more, one can also purchase a pass to tour one of the many boats. With this pass, one can view the decks and learn the history of the boats from the helpful staff waiting on board. An important note though is that lines to tour the boats can be quite long (especially for the popular pirate ship attraction), so be prepared to wait. Finally, there is the VIP ticket that is $199 a pop (yikes!), but the price tag allows you to skip ALL of the long lines, access designated seating areas with free food, snacks, candy, beverages, and even beer and wine.

I am not a tall-ship enthusiast, which is to say that I did not spend every waking moment of my time in Erie checking out the nooks and crannies of every, last ship. Uh, no. Instead, our group took the time to explore a bit of the surrounding area. One lovely local find is Presque Isle State Park, the peninsula north of the city. It is home to Pennsylvania’s most-visited state park (of the same name) and there one can walk or bike around the 13-mile loop, kayak in the ponds, or even swim at one of the 13 beaches that line the perimeter of the landmass. On this last point, I want to scream a resounding — yes! Pennsylvania, a landlocked state, does indeed have a few lake beaches. The water was surprisingly warm, the sand was not at all rocky, and there were even small, lapping waves on the picturesque coast.

Overall, I enjoyed my time in Erie. The Bayfront area, where all the tall-ship action was taking place, was not very big and the surrounding city is not terribly remarkable, regardless, the jovial atmosphere, handful of small events, and the blessedly gorgeous weather made our trip a nice, low-key vacation weekend. If you are in the area (and by that, I mean a conservative radius touching Cleveland, OH, Pittsburgh, PA, or Buffalo, NY) this event may just be worth your while.

Wishing you a lovely time wherever your adventures take you.