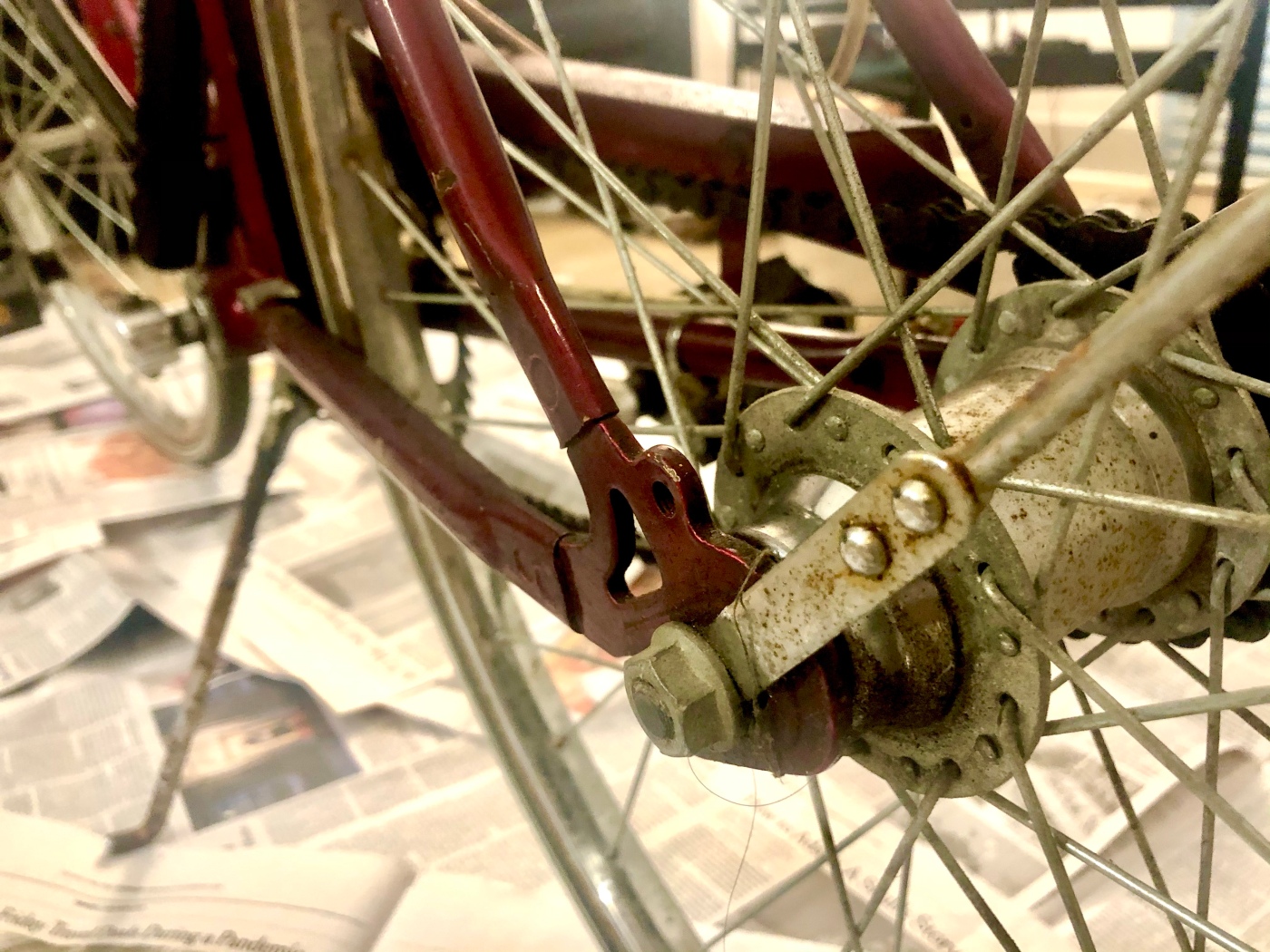 Buying used products can be hit-or-miss. While I have been very happy and grateful to buy and receive used clothes and supplies, every once in a while I am blown away for all the wrong reasons. My most recent used purchase was a beautiful red bicycle… or so it seemed.

If you follow my blog, you may remember that I purchased a used folding bike earlier this past year (more here) and had some problems with it (more here). One of the main reasons that I bought this particular bike was because of its folding function. When I met the woman selling the bike, I asked how to fold it and she admitted to me that she had never even tried. The bike had been professionally assembled and the woman said that a special tool was needed to unhinge the latch (which she did not have by the way). I was very disappointed by this news, however, I was excited about the bike all the same so I did not focus too much on this HUGE let down.

While I have ridden the folding bike a handful of times, it is not the most comfortable ride. Furthermore, without the ability to fold the bike, I wondered whether I should just give up on it and get another bike…. So, more than half a year later, when I saw a shiny red bike for sale on Facebook for under $100, I pounced on the opportunity.

A few weeks after we made the deal on Facebook, I met the bike owner, let’s call her Kyra, near a T station to make the exchange. I could clearly make out Kyra riding up on the bike and my first thought was that this woman is much shorter than I am. The seat and handlebars were way too low for me and the screws were so tight that I couldn’t adjust the bike height. Also, while the bike looked shiny in the pictures, in reality, it had more than just the “little rust” that Kyra claimed on the Facebook listing. Finally, the brakes squeak a lot, and the right brake is… “passed its prime.” But still, because everything seemed safe (and Kyra and I chatted about this) and because the seat could be adjusted with a wrench, I went through with the purchase.

Although I was excited to have this “new” bike (it was a smooth ride, all things considered), I was unsettled that my bike was so rusty and old looking. To remedy this, I decided to put in a bit of sweat equity.

Adjusting the seat and handlebar height was easy enough with a wrench, but the bike was still just a wee bit too short for me. When advertising the bike, Kyra stated that it should be suitable for anyone between 5’1” and 5’9” — a broad estimate. Kyra was 5’1” tops and with her inability to adjust the bike seat, I’m convinced that her upper “estimate” was based on absolutely nothing.

After the seat was adjusted, my next biggest concern was the rust. To get rid of it, I used a 1-to-1 ratio mixture of apple cider vinegar and baking soda. Following instructions that I found online, I coated the rusty bits with the pasty mixture, let it sit, and then scrubbed at it with both steel wool and aluminum foil. There was so much rust that my arms became sore even though I did not get even half the rust off. Disappointed by this outcome, I also took the time to clean off the other bike surfaces (including the seat, etc.) with soapy water to get it looking a little less dirty.

Elbow grease, sweat equity, or whatever you want to call it is code for hard labor. I must say that I labored HARD and still my final product only looks marginally better than when purchased (the before/ after pictures only show my most successful rust removal section 😉 ).

My rusty, little red bike has given me a new appreciation for my sleek (non-)folding one. And, as good fortune should have it, on one of my hikes, I met someone who also has a folding bike. She was puzzled by my declaration that I needed a tool to fold mine, which made me question why I held fast to that idea. Upon some internet research, I was stunned to see that I did not need a tool at all! In fact, it seems that the screws were just fastened so tightly that I could not unlatch the latch with my own hands. So, with the aid of my swiss army knife and many minutes sweating, twisting, pulling, and pushing I finally managed fold my bike after nearly a year of ownership!

Instead of putting in the time to resolve my folding bike issue, I jumped to buy another bike. Whether new or used, bikes take work.

I’m happy to say that my folding bike is now fully functioning, and my rusty, red bike is a little less rusty and still a little too small for me (I may need to find this fella a new home). Buying used items can be a win-win (and it cuts down on waste), perhaps, this little guy will work well for the next rider.